2016 Employees of the Month 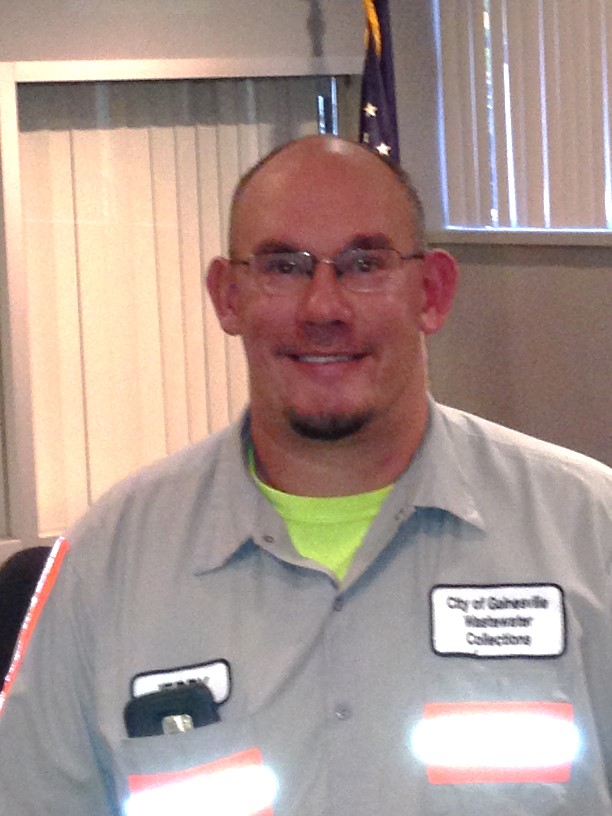 Awarded Employee of the Month in recognition and appreciation for hard work and dedication to the Public Services Department and the City of Gainesville.
Jerry has played an instrumental role with the new Cartograph system. He is always instructing and helping other employees with the new system while maintaining good working relationships with all of his co-workers and other departments as well.
Jerry always plans ahead for his work load. He assists his supervisor by taking charge of situations when necessary. His knowledge is valuable and helpful to all employees in his crew. Jerry is a dependable, hard working crew leader that the City can count on and trust. He always gets the job done with quality and in a timely manner.

Awarded Employee of the Month in recognition and appreciation for accomplishments as well as dedication to Gainesville Fire-Rescue and the community.
Fire Lieutenant Tony Dresser has been an employee of the City of Gainesville for nineteen years. In that time, he has established himself as an employee who continuously goes the extra mile for the Fire Department, the City and the citizens of Gainesville. He has accomplished great things during his tenure including becoming a certified SCUBA Tech, a Dive Team Member, a Vertical Rescue Tech and completed the City of Gainesville University Employee Program. He is currently working toward the Gainesville Leadership Academy and Youth Fire Prevention Intervention. He has been heavily involved in fire prevention for his whole career in various roles such as a character in the clown shows, assisting in writing scripts and filming the shows.
Outside of his employment, he is actively involved, and currently serving as president of the Gainesville Firefighters Association and organizes fundraising events to fund the annual Christmas party for Gainesville Firefighters, MDA donations, and picnic tables that were built and donated to the new Cooke County Youth Center. Tony is also a Medal of Honor program volunteer, assisting in organizing the Medal of Honor events each year.
In all, Tony goes above and beyond in every way and is a model for what an employee, servant, and citizen should be. 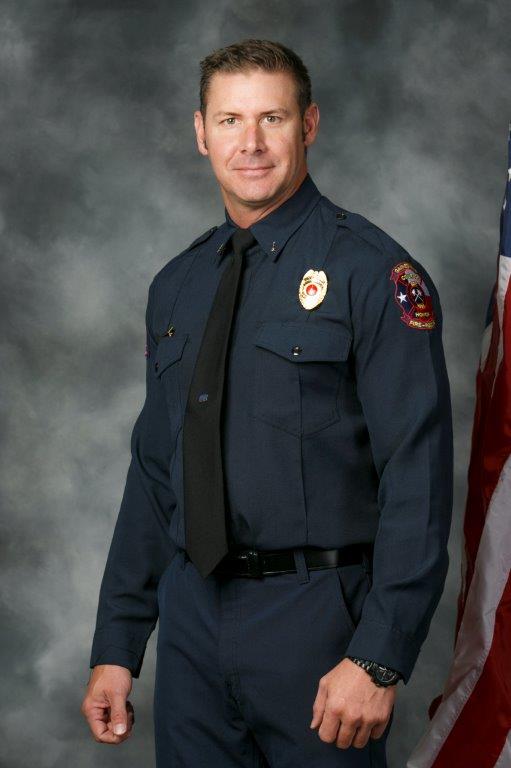 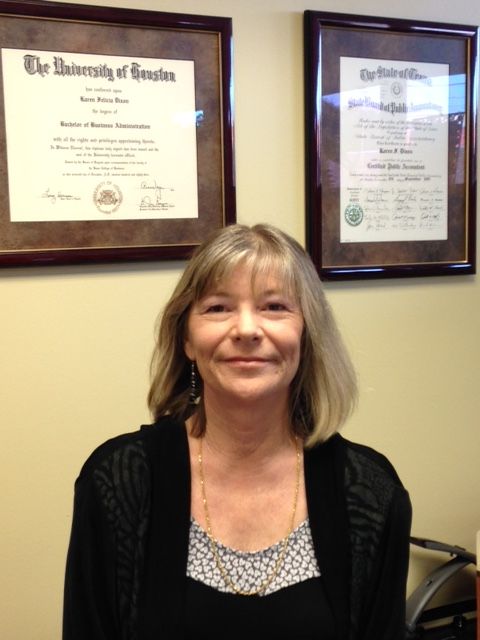 Awarded Employee of the Month in recognition and appreciation for hard work and dedication to the Finance Department and the City of Gainesville.
Karen has received the Medal of Distinction from the City Manager for her work with the Stanford House for he past several years, assisting the Stanford house board president and also the executive director with budget and accounting.
Karen is dependable and relied upon by the Finance Director to assist in his absence and provide reports to the City Council and departments and responds promptly to any questions or requests for assistance. She has been a positive addition to the Finance Department, providing great supervision to the staff and is available whenever they require assistance.
Karen provides assistance to the City Manger during the budget process and works very diligently to meet strict deadlines.
In addition, Karen has worked very hard to achieve the Governmental Finance Officers Budget and CAFR awards for the past three years.

Awarded Employee of the Month in recognition and appreciation for consistently excellent customer service in the Municipal Court and willingness to assist in other City departments.

As Court Clerk, Ashley Murillo provides excellent customer service to all customers and is especially helpful in her Spanish/English bi-lingual communications. She is often called upon to translate for Court customers and also to translate for other departments as needed, such as for 911 emergency calls. Most recently, she was able to assist the Police Department in communicating with an individual who could not speak English regarding property of a deceased individual. She is commended for her assistance and helpful attitude and continues to prove to be a valuable asset to the City of Gainesville. 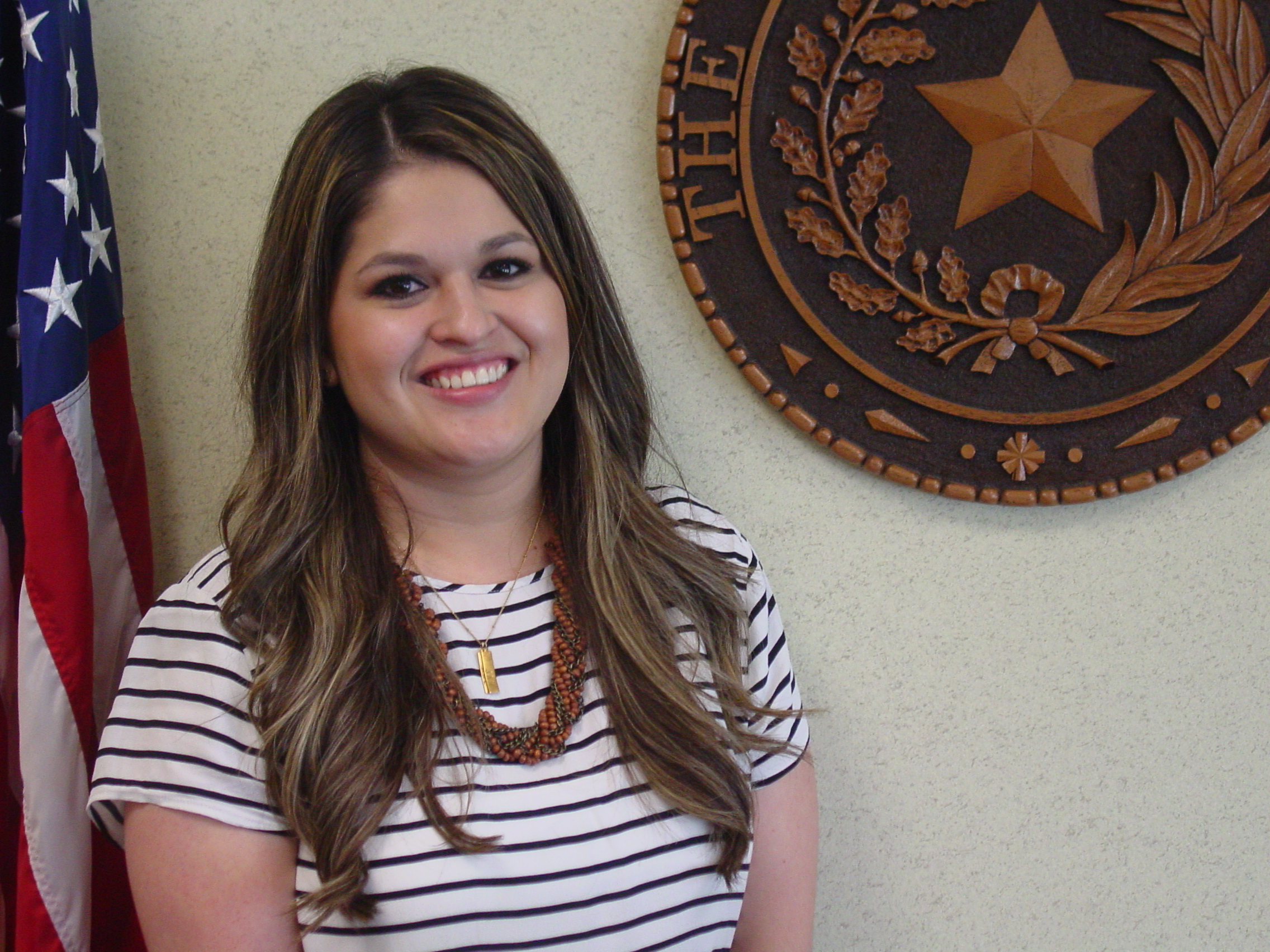 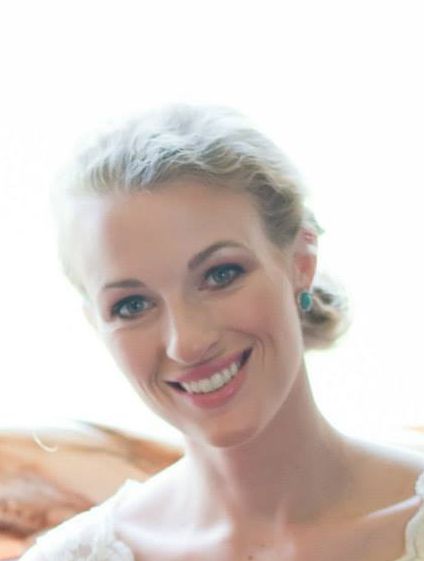 Chandra has accomplished remarkable achievements in her short time at the City. Within one year of working at the City as Human Resources Coordinator, in additional to her job training and acclimation to the City and her work responsibilities, she has successfully completed the City of Gainesville University employee program, the City of Gainesville Leadership Academy employee program, the Leadership Gainesville program for members of the community through the Gainesville Area Chamber of Commerce, the Gainesville Police Department's Citizen's Police Academy and has also become an active member and the service chair person for the Cooke County Young Professionals group.

In addition to these activities and accomplishments, she has established cooperative working relationships with employees and departments and is always willing to help and participate in City events and functions. During our benefits open enrollment period this last year, Chandra anticipated the reservation and hesitation from employees required to use online benefit enrollment, so she took the initiative and time to meet with all employees who needed assistance with online open enrollment requirements and provided them with hands-on explanation and training. Chandra makes sure to always meet deadlines and works well with departments for all of their human resources needs and in particular for their job posting and payroll processing questions and requests. Recently, when the HR Director fell ill during a supervisory training class, though not prepared to present the training materials and having little experience in training of this magnitude, Chandra stepped up and presented the training material and information to finish the class for the HR Director. Her willingness to step in for the HR Director as trainer saved the City from having to reschedule the class and disrupt the schedules of 38 supervisory personnel. Chandra's work ethic, dependability, positive attitude and willingness to do whatever is needed to help departments and present, past and potential employees is a true demonstration of the City's customer-focused workplace initiative and she has become a great asset to the Human Resources Department, the City of Gainesville and the Gainesville community.