2012 Employees of the Month

As the custodian for the Public Safety Facility, Rickey's responsibilites include the cleaning and keeping of the entire facility which is well over 29,000 square feet, and includes 108 rooms, 4 kitchens, and 16 rest rooms. Rickey's dedication to his job shows in his work product, which is a neat and clean faciity for employees and visitors. 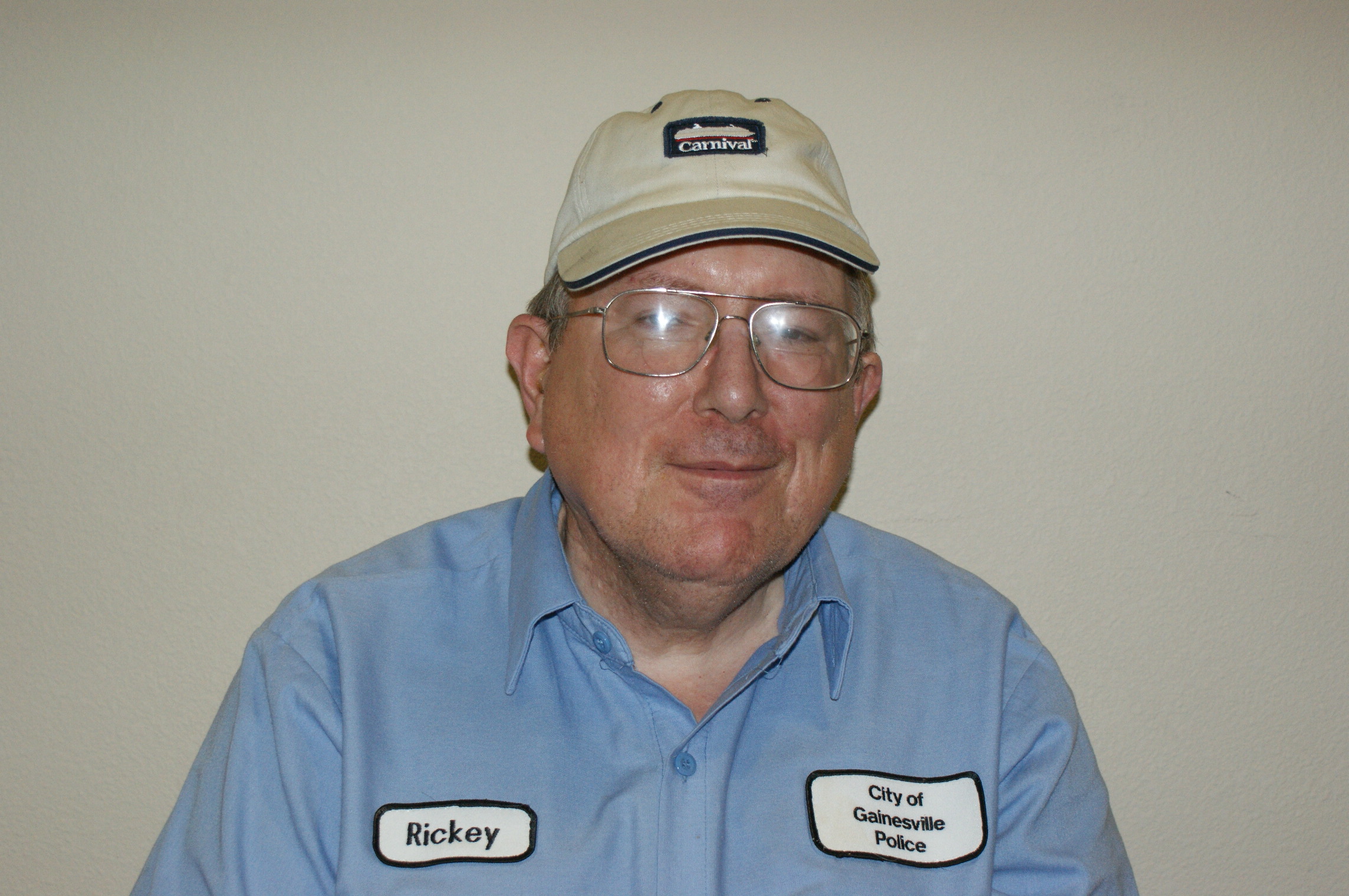 In addition, Rickey also helps set up for meetings and special events at the Public Safety Facility. He was recently recognized by Leadership Gainesville for his excellent customer service in anticipating their needs in the set up and clean up of their meeting at the Public Safety Facility. Cathy Kinsella wrote to Chief Fleming to say what a pleasure it is to work with Rickey, that he is always very helpful, has a great attitude, anticipates what is needed and that he is truly an asset to the City of Gainesville.

When the Zoo Education Coordinator position was vacated at the height of the busy season at the Zoo, Rebecca stepped up, calling on her years of experience as an agriculture extension agent, to direct summer camp, host birthday parties and oversee volunteer projects. The work she performed, which was well outside of her usual job duties and responsibilities, allowed the Zoo to move forward with planned, established summer programs rather than cancel them. 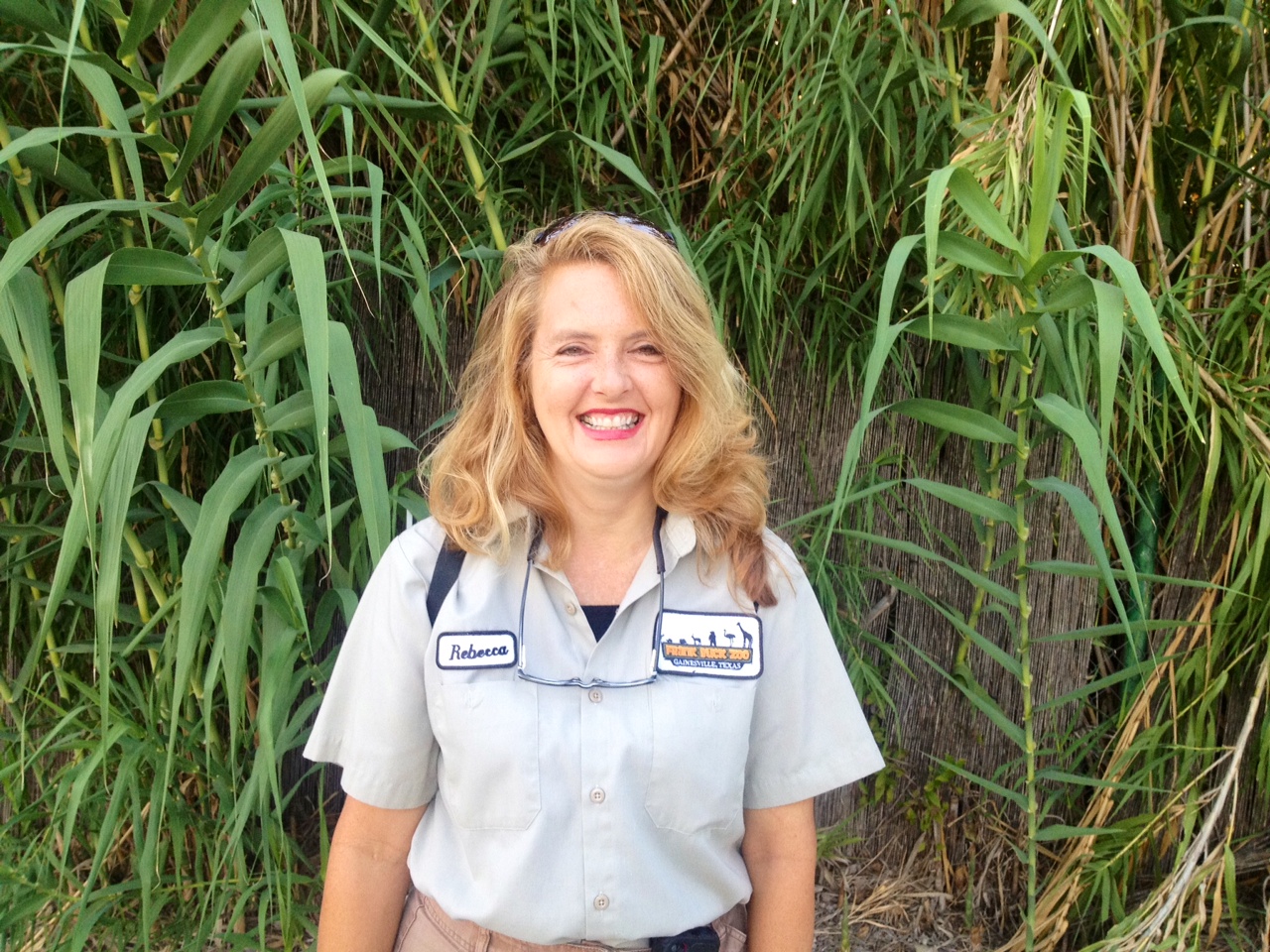 Despite his short tenure with the City of Gainesville, Kenneth has made a great impression with customers of the Gainesville Civic Center due to hi excellent customer service in dealing with customers and in event set up. The department has received several compliments from customers stating that Kenneth is very attentive to the needs of the customers and also expressing praise on the presentation of the facility, being very clean and well-prepared for events. Kenneth has brought a higher level of customer service to the Civic Center and is always very helpful when customers are setting up and tearing down for events. 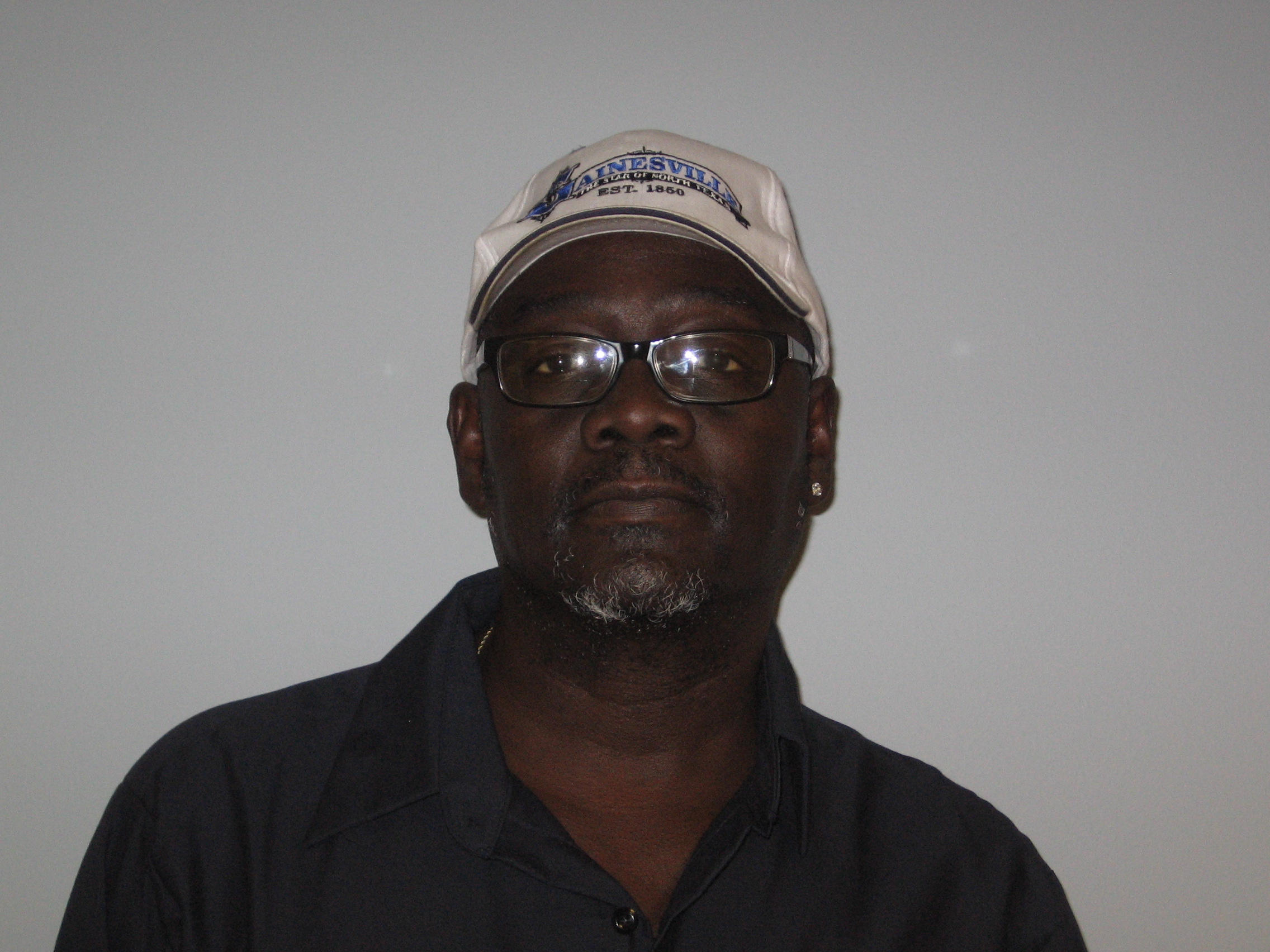 In addition to his great customer service, Kenneth has become very knowledgeable in his duties and responsibilities in a short time, has proven to be dependable, can be counted on during evening events when he is required to oversee the building on his own, and he consistently goes above and beyond in all areas of his job.
Kenneth is a great asset to the Gainesville Civic Center and its customers and an excellent example of an employee who truly works to make the City a customer-focused workplace.

Chris is recognized for his self-initiated endeavor to attract quality, certified police officers to apply with the City of Gainesville Police Department. He has worked diligently and successfully on the Gainesville Police Department's recruitment plan, developing an attractive recruitment brochure to be distributed at police academies and job fairs, scheduling and making presentations at area police academies, arranging special testing times to work around cadets' academy class schedules, and finding free resources to post job openings online. His efforts have proved successful; the City received several qualified applicants form a recent presentation Chris made to the Texoma Regional Police Academy. His actions in recruiting have shown a true commitment to providing quality law enforcement officers for the citizens of the City of Gainesville and the Gainesville Police Department. 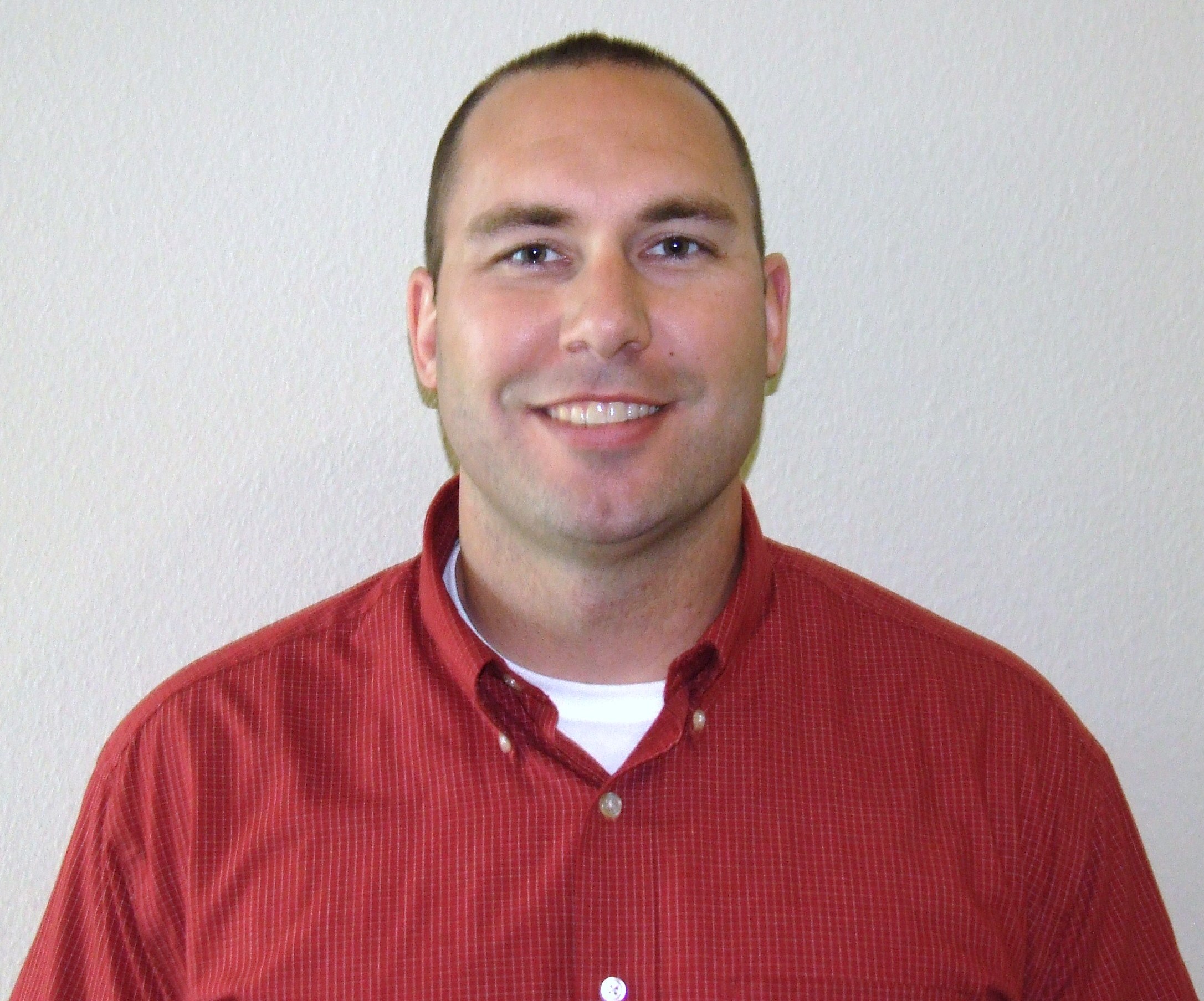 Jack is recognized as an employee whose work time is divided by two tough positions in the City, working as a Code Enforcement Officer for the Community Services Department and as an Inspector for the Fire Department. In Code Enforcement, he has been able to obtain voluntary compliance by using his commendable "people skills" and working with the public to get the job done. In Fire Inspections, he has enormous responsibilities in performing inspections on all new occupancies and completing re-inspections to assure follow-up compliance is achieved, on top of his other responsibilities such as acceptance testing of new fire suppression and fire alarm systems.
In addition, Jack has made the time to serve as a class instructor for several weeks of teaching and sharing his building construction knowledge, experience and expertise with the students working to obtain their Texas Commission on Fire Protection Fire Inspector Certification. 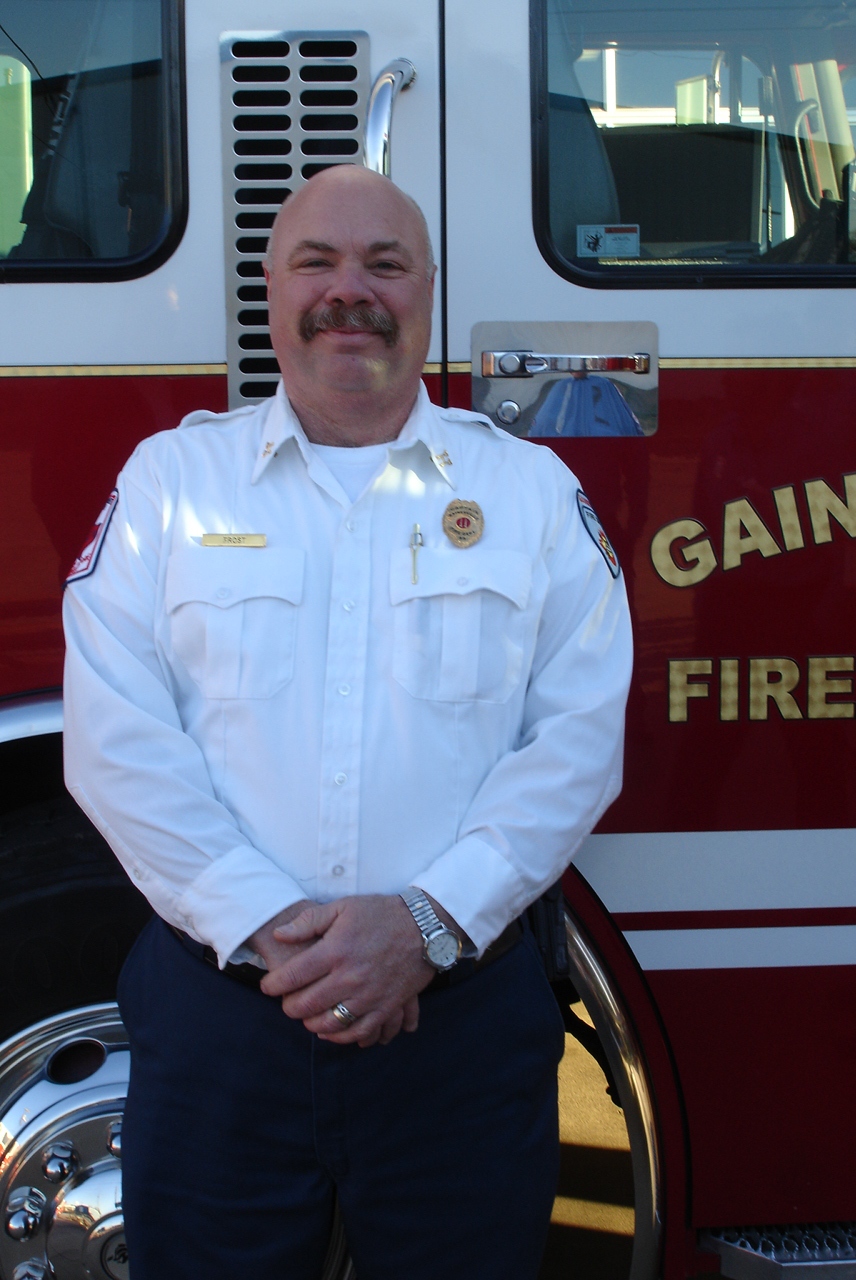 Jack has proved time and again that he is more than willing to go above and beyond to do whatever is needed for the team, without anything in return. He is assigned to a job that has little or no recognition and that routinely deals with the public on a negative basis, yet he continues to maintain a positive attitude and outlook. Jack makes known his love for his lifetime home, the City of Gainesville, and personifies the "Pride of Gainesville."

Emily has proven her abilities as a dedicated zoo keeper by maintaining a positive attitude and work environment. She has continuously sought out more responsibility and strives to uphold all policies and regulations. She is trained in three of the four sections of the zoo and has successfully taken on the inventory for the entire zoo. She has grown into a confident animal trainer and continuously seeks new endeavors and challenges. In addition, Emily maintains a great attitude and is a very dependable asset to the team. 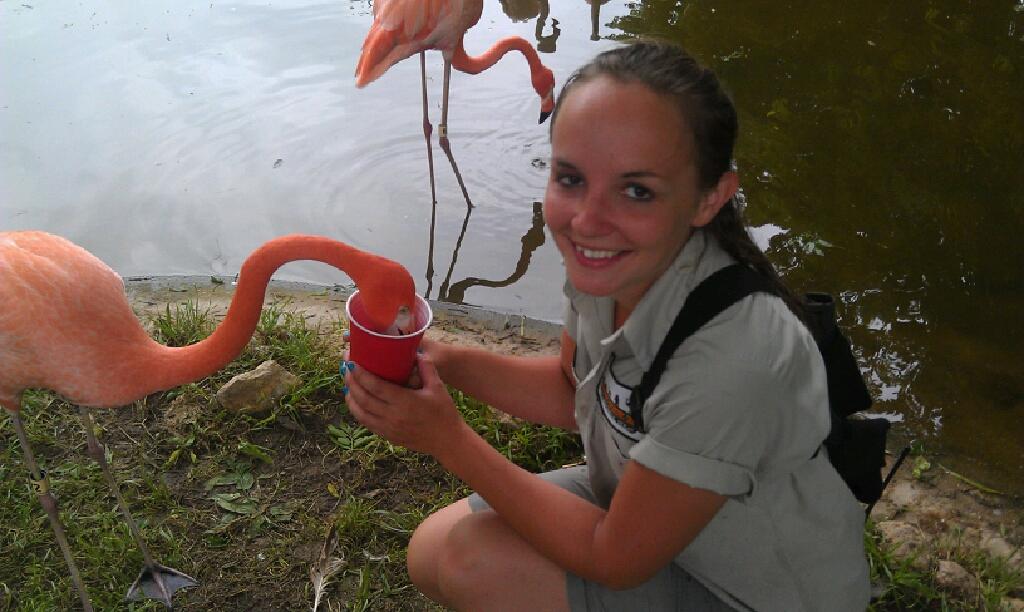 Chris was hired in the Public Services Department as a maintenance worker only a few years ago. Because of his continued willingness to learn, he has completed numerous training courses in ESRI (the GIS mapping program) and construction inspection courses. By applying his knowledge, skills and abilities, he has advanced quickly with the department, now in the position of a Crew Leader and GIS Technician. 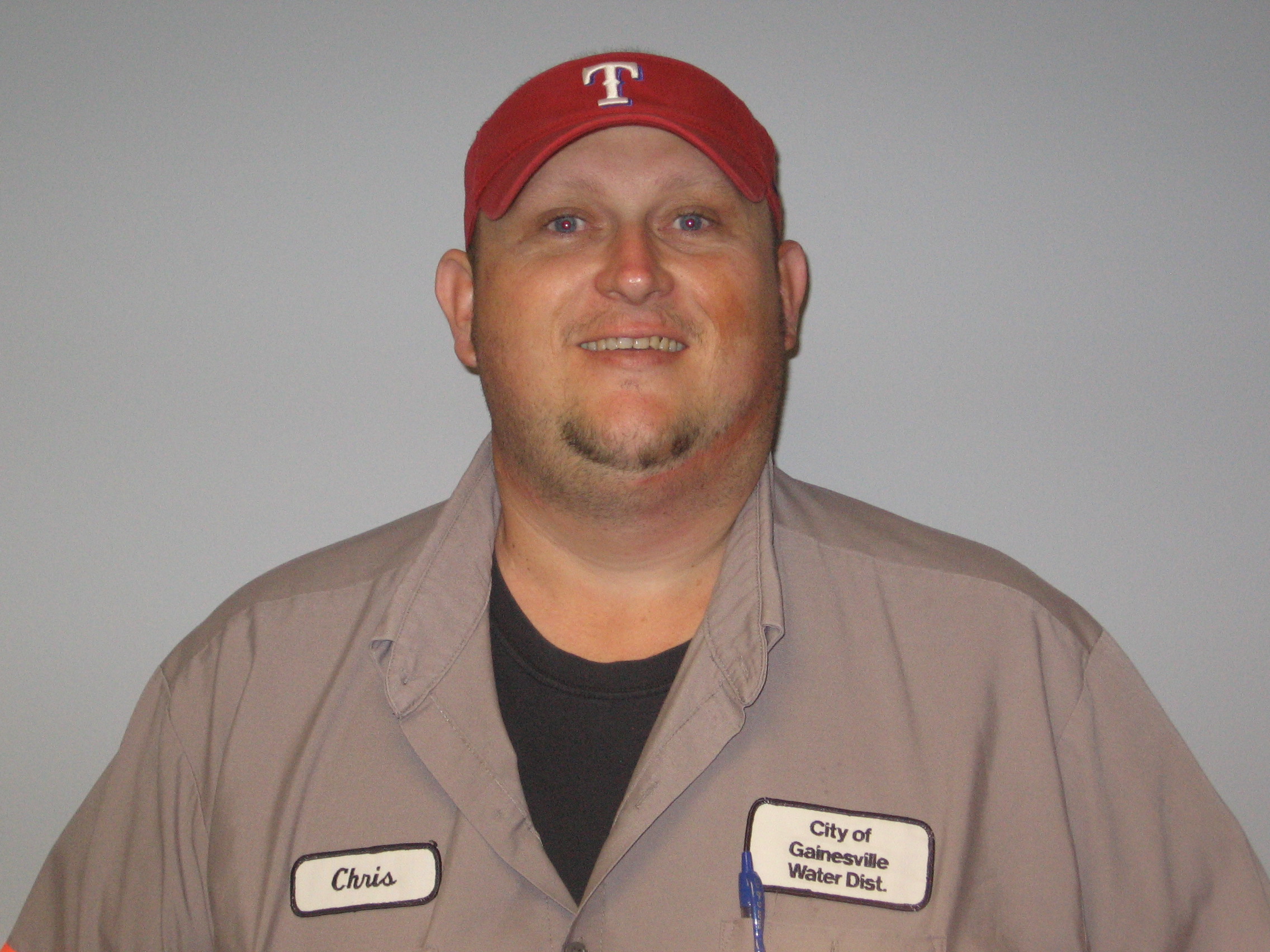 He has assumed many additional duties including working directly with the engineers who developed the Street and Utility Maintenance Program (SUMP) and GIUA, and has assisted with the inspection of the relocation of utilities related to the Pecan Creek Flood Damage Reduction Project. He has created maps for the department, the Fire Department, the Community Services Department, the Police Department, the Zoo and engineers with the City.
In addition, Chris works very well with the public and helps out other departments when needed. He has taken on the duties of keeping the public informed on ongoing City projects on Facebook and has assisted his supervisor in supervisory duties.

During Daniel’s employment with the City of Gainesville Police Department he has been consistently hard-working and dedicated to his profession. Daniel has strived to help others regardless of how it affected his own workload. Since his promotion to Investigations Sergeant, he has been willing to assist the Investigations Captain in addition to his regular duties, and has been instrumental in streamlining case management and case load detail.

In addition, Daniel’s integrity and work ethics are of the highest standard, the quality of his work is exceptional, and he has demonstrated great knowledge in criminal investigations, which has earned him respect from not only his peers, but also others who he works with in the law enforcement. 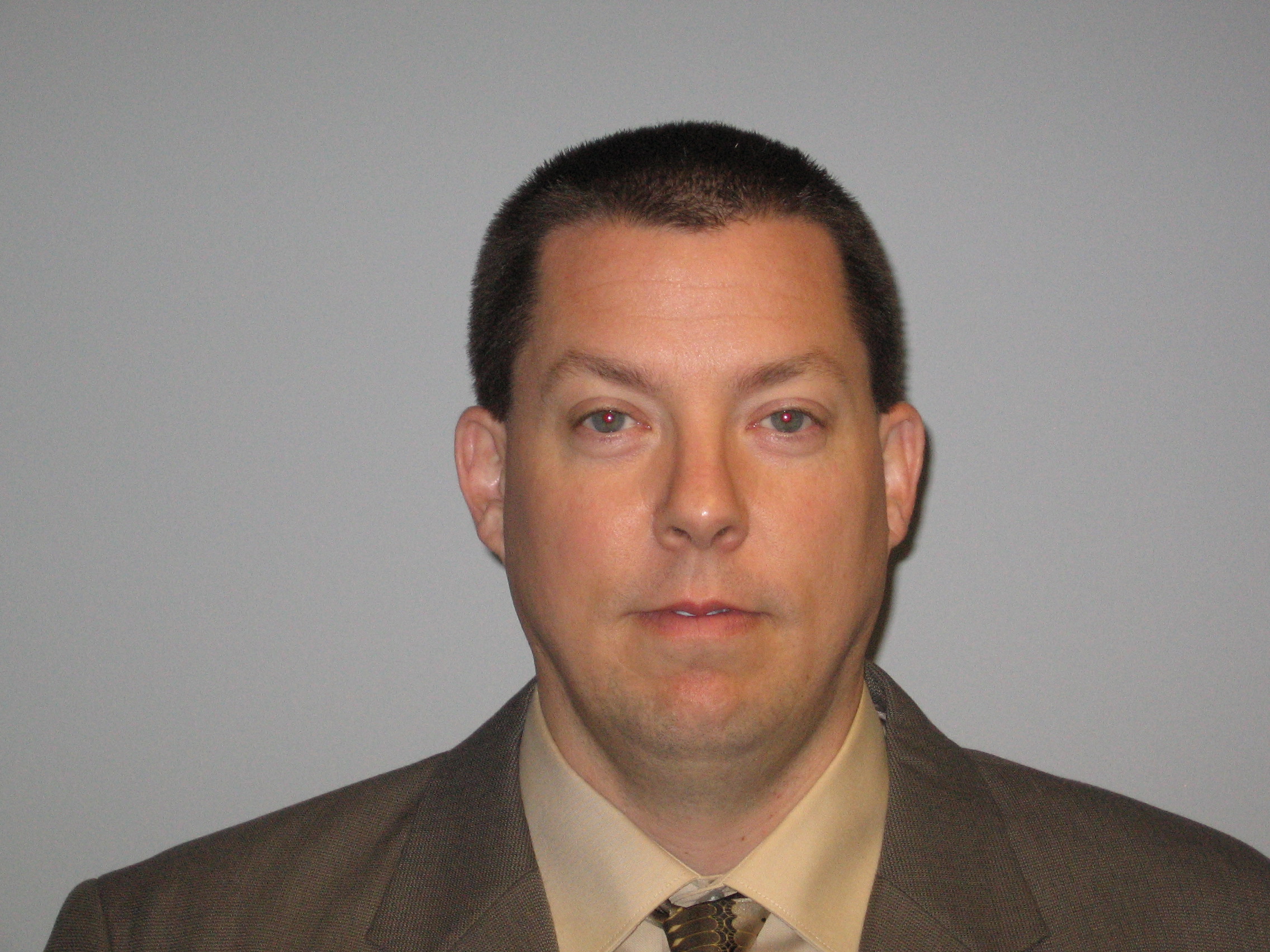